In this sequel to the acclaimed videogame comedy Press Start, the world’s most inexplicably accomplished evil sorcerer, Count Vile, has returned from Hades for a new bid at global domination. With original champions Zack and Sam already in his clutches, it’s up to their estranged, ultraviolent comrade Lin-Ku and the bubbly, positive-thinking Princess Xanna to save them – and the world – from disaster.

With new friends (and enemies) waiting for them, will our heroes triumph over evil? Will justice prevail? Will bats ever stop knocking people into pits? There’s only one way to find out: Press Start 2 Continue! 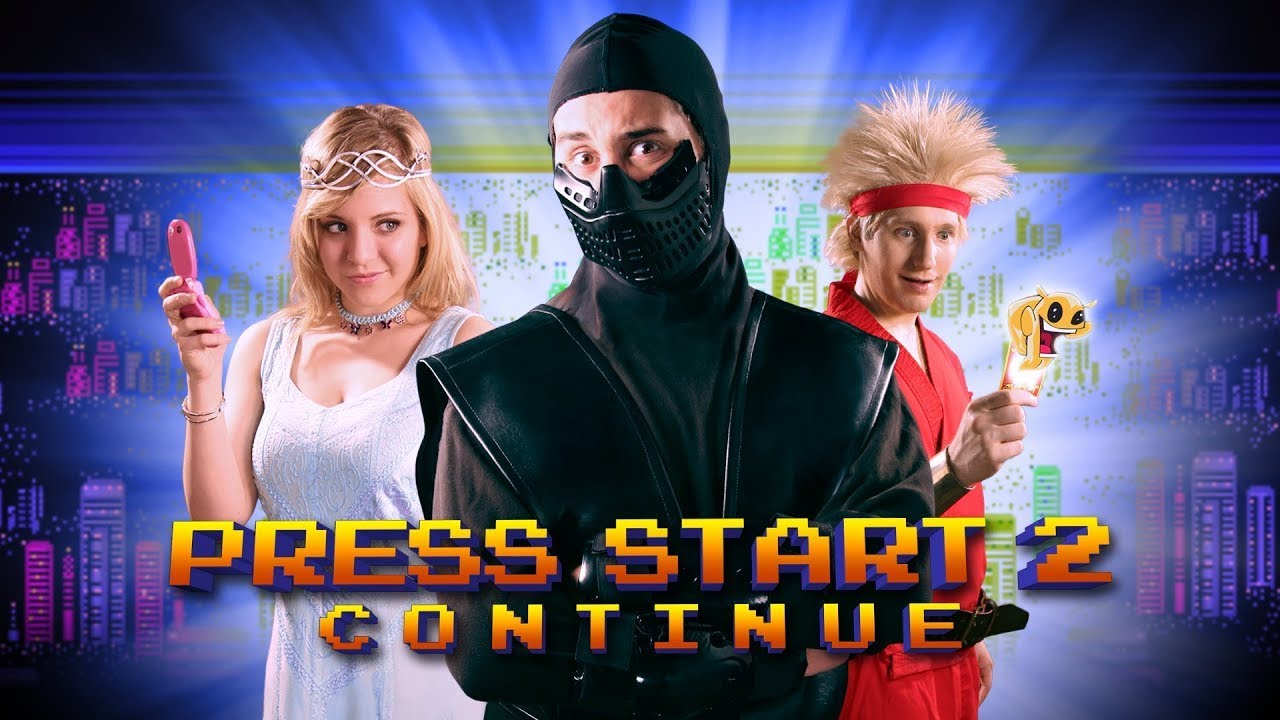